Best of friends from the moment they met, Ekeko and Gizmo are where our story begins.....

Equally important to conformation is temperament and working ability. Both Ekeko and Gizmo have passed their Herding Instinct Tests. I was amazed at the instinct and passion that came out from the very first moment they saw sheep. Both dogs have also finished their CAX titles, which is the highest lure coursing title they can earn in UKC.  Ekeko and Gizmo have earned their CKC and UKC Novice Rally Obedience titles as well as their Canine Good Neighbour titles. Gizmo has also earned her CKC Intermediate Rally Obedience and her CARO Novice titles, as well as her AAC Agility Dog of Canada and Starters Games Dog of Canada, and CKC agility titles for Standard, Jumpers and Points & Distance. Both dogs do a great job participating in agility team events in the summer and we are looking forward to many more trials in CKC, UKC and AAC venues. They also both are currently training in Nose Work and Barn Hunt! 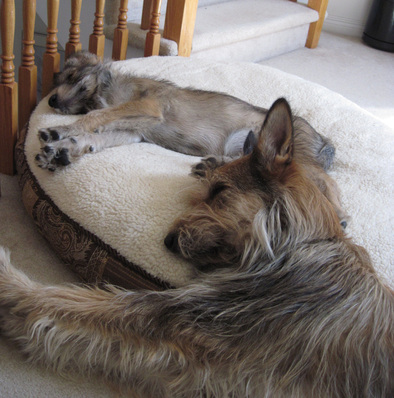